in freiheit dressiert // being natural is simply a pose 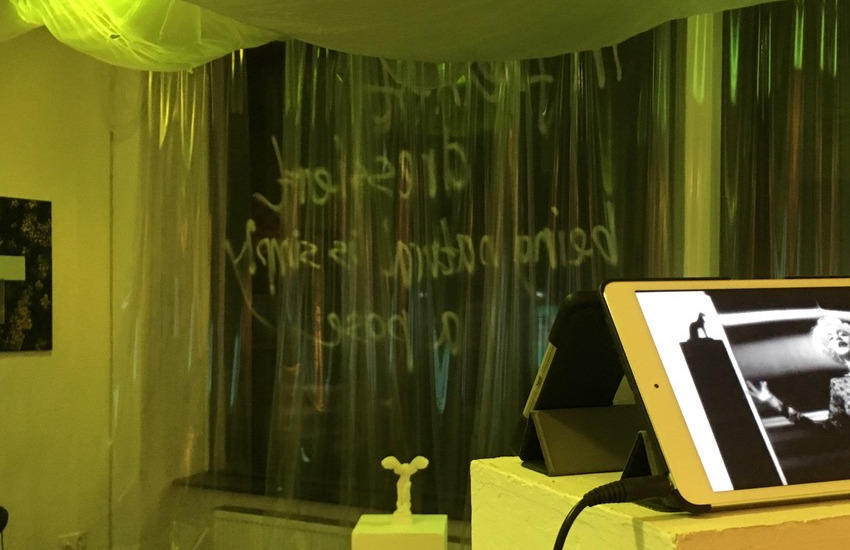 in freiheit dressiert // being natural is simply a pose

In 1919, the same year that the Bauhaus was founded, a group of women started the Loheland school for Physical Education, Agriculture and Craft to provide other women with a holistic education as gymnastics teachers. Dubbed at the time as the “Amazons’ State in the Rhön”, their program to liberate the body from civilizational corsets by recovering its “natural range of motion” later tempted Ernst Bloch to describe these life reform settlers as a “purification movement” whose unrestricted but nevertheless artful demeanor appeared like being “dressed in freedom.”

Now, one hundred years later, participants of Nanne Buurman’s curatorial research seminar at Kunsthochschule Kassel spent the summer of 2019 engaging with the parallels between historical life reform practices and today’s slow-and-conscious living trends, such as yoga, detox and decluttering. From November 18th through the 22nd, they set up the exhibition “in freiheit dressiert // being natural is simply a pose” in Kassel as a laboratory to jointly investigate the political ambivalences of back-to-nature movements then an now. Notions of immediacy, transparency and purity were critically examined by curatorial and artistic means in order to better understand the deployment of “nature” and “naturalness” in the context of neoliberal greenwashing and the (new) right.

For the Show and Try Again program at the occasion of the 10th anniversary of the Cultures of the Curatorial Master’s Program in Leipzig, on Novemeber 27 (7-9pm) the group will experiment with a repertoire of Lohelandian body practices through the lens of voguing to reflect on the biopolitical implications of historical modes of subjectivation and their contemporary reenactments.


Exhibition in the study room

Tue November 19th, 8 pm: Talk with Daniel Hornuff and Nanne Buurman on The New Right and its Design

It receives financial support from the Federal Ministry for Education and Research, the State of Hessia, and the Fachschaftsrat of the School of Art and Design Kassel.

For their invaluable help we are also grateful to: Matthias Sauer, Jascha Schieche, Michael Link, Marco Krummenacher and Kai Sonntag