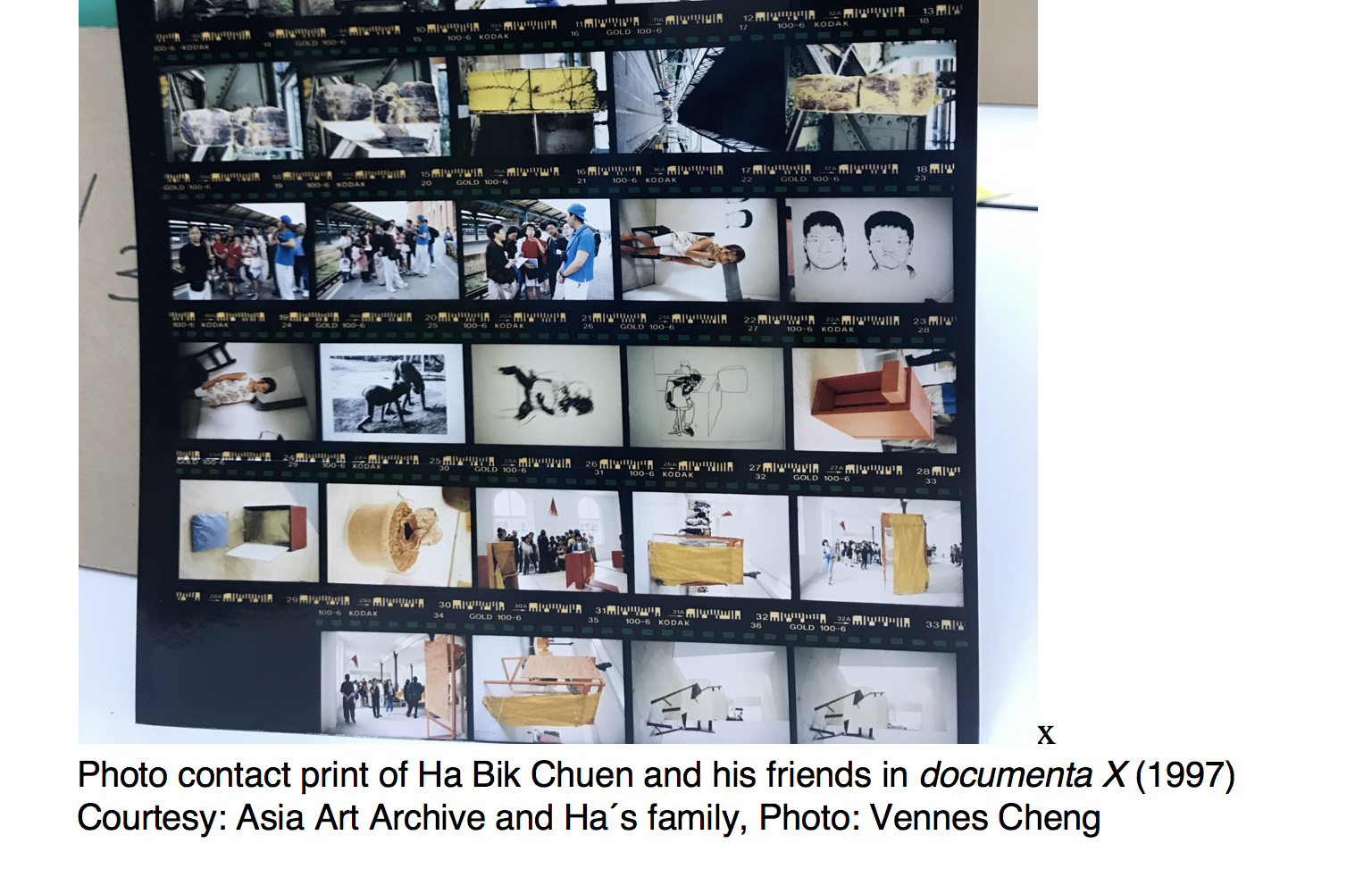 Vennes Cheng, Sau Wai anchors her research in documenta X to examine the criticality of the exhibition’s curatorial impulses that are emerging belatedly in current Hong Kong twenty-three years later, when the city is undergoing brutal socio-political changes after the imposition of a new National Security Law by China in 2020.  She proposes that the city and documenta X are intertwined in various ways.  The tenth iteration in 1997 marked the shift of the exhibition series from an aesthetics expression to a site of mediation and reflection of global contemporary crises.  For Hong Kong, the year of 1997 is significant as it is the year that the city’s sovereignty was returned to China marking the end its 100-odd years of being a British colony. The entanglement between the tenth edition of documenta and Hong Kong is further traced by paying attention to the attendance of two Hong Kongers in the exhibition in 1997: Ackbar Abbas and Ha Bik Chuen.  Abbas, then scholar at the University of Hong Kong, was one of the guests of the “100-day 100-guests” lecture series. Ha Bik Chuen – the late Hong Kong modernist artist – visited Kassel and documented the exhibition and the cityscape of Kassel photographically, one month after Hong Kong’s handover. The triad – documenta X, Ha Bik Chuen, and Hong Kong – constitutes historical, curatorial, aesthetic, and dialectical entanglements between Kassel and Hong Kong that Cheng will discuss in her presentation.

Vennes Cheng, Sau Wai is a Hong Kong-based scholar and independent curator.  She received a Ph.D. of Art History from The Chinese University of Hong Kong and M.A. in Cultural Studies from Goldsmiths, University of London.  Cheng’s research areas include modern and contemporary art of Hong Kong and China, artist archive, and historical and mnemonic contingency.  Cheng gave talks about archives of Hong Kong contemporary art and curating histories at various occasions, such as Seoul Mediacity Biennale 2018.  She was one of the selected emerging art professionals of Para Site in 2018. As the second holder of the joint fellowship by the Goethe Institut, Kunsthochschule Kassel and documenta archiv she spent three months researching resources of the documenta archiv and took part in the documenta studies project “to be dis_continued” exchanging with students, researchers and lecturers of Kunsthochschule.