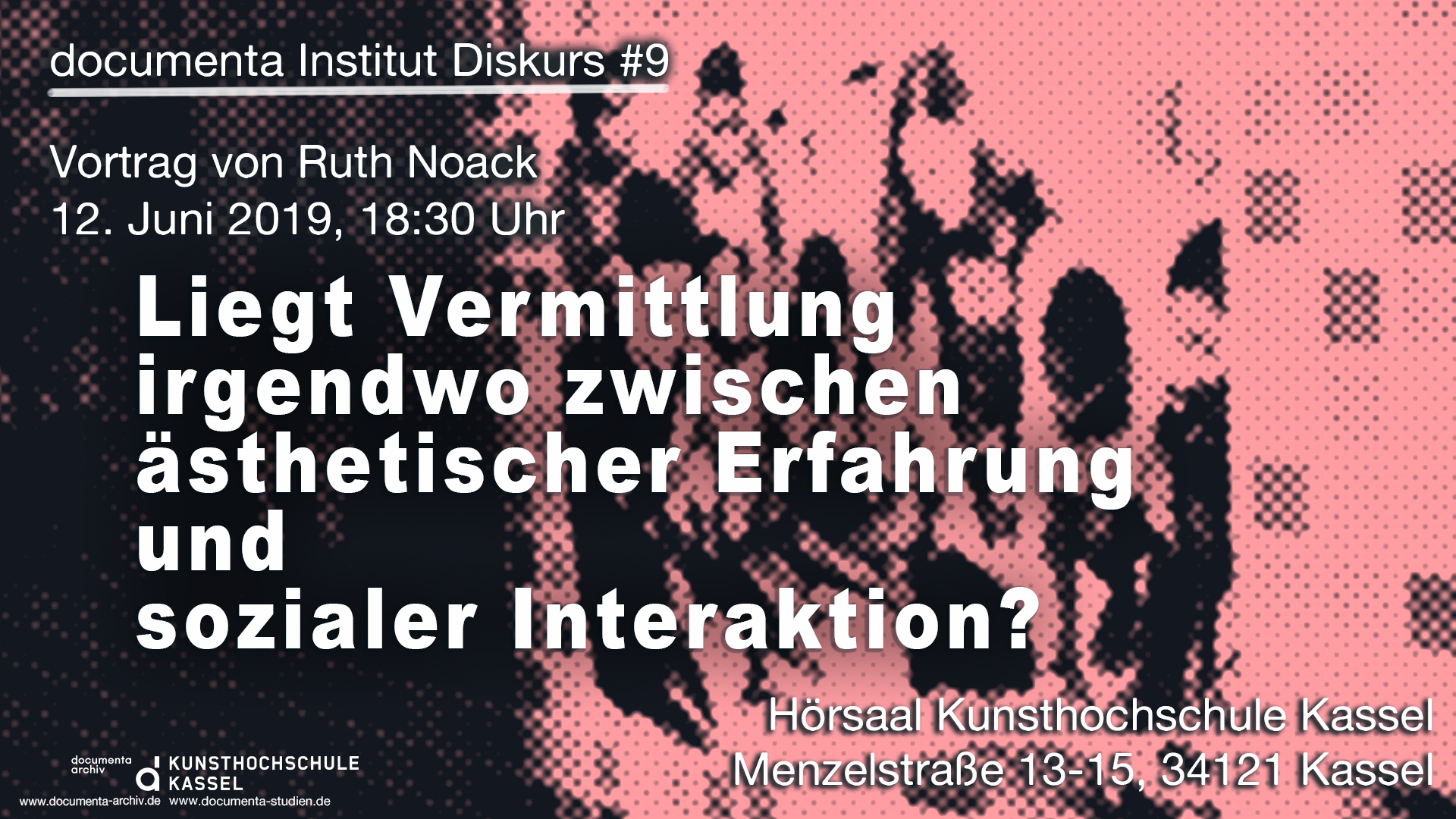 The lecture will look back on 25 years of curatorial mediation work within contemporary art and examine its relevance in the here and now. Should curators talk about mediation at all, or should this be left to the specialists? Do curators discuss mediation differently than educators? Are the most important questions those of hierarchy and symbol production, or could there be an alternative?

Noack was curator of documenta 12 (2007) and is currently developing a new institution, A Museum in a School, which will open in 2020. Her exhibitions include Scenes of a Theory (1995), Things We Don't Understand (2000), The Government (2005) (with Roger M.Buergel), a solo exhibition of Ines Doujak’s work (2012), and Notes on Crisis, Currency and Consumption (2015). She is currently researching her next exhibition, Ghosting the Nation.

As head of the Curating Contemporary Art Program at the Royal College of Art in London, from 2012–13 Noack was also research director for the EU project MeLa – European Museums in an age of migrations. She was Šaloun professor at the Academy of Fine Arts in Prague (2013–14), director of the International Curator Course of the Gwangju Biennial 2014 and teacher at the International Summer Academy in Salzburg (2017 and 2018). Since 2015 she has been responsible for one of the COOP research groups of the Dutch Art Institute. Her most recent symposium, “Between Resistance and Hallucination” (2018), was held as part of the DAI Planetary Campus.

In addition to articles and academic essays that have been published widely and internationally, she is the writer of Sanja Ivekovic: Triangle (Afterall Books) and editor of Agency, Ambivalence, Analysis. Approaching the Museum with Migration in Mind (both published in 2013).