Reenactment and Fiction – Critical Curating in the Archive. Lecture by Beatrice von Bismarck 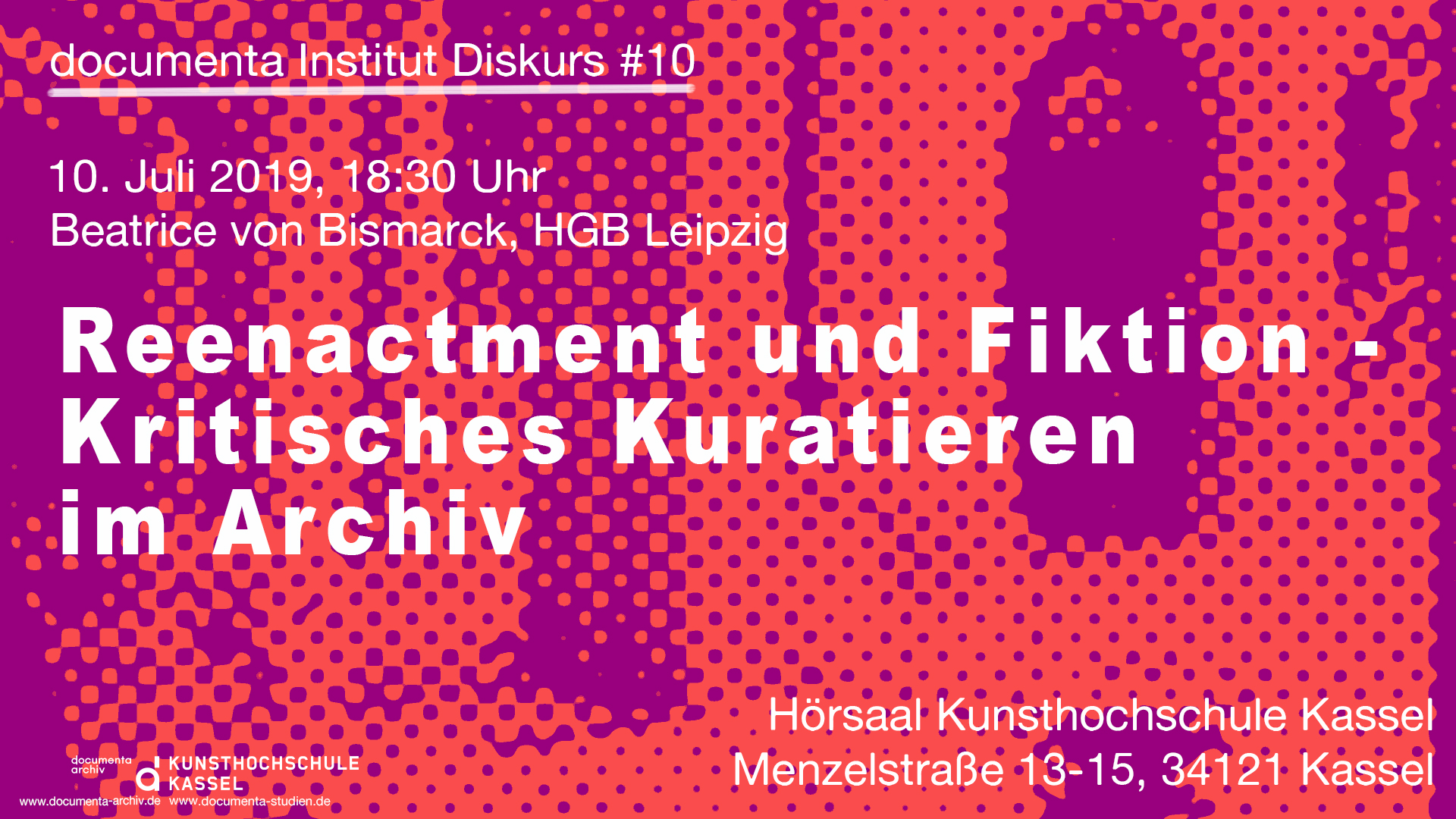 Reenactments of exhibitions have become an increasingly dominant factor within the art world in recent years. They should be understood in the context of the increased interest in the wider field of “Exhibition History,” with the reenactments often displaying a commitment to the preservation of the original exhibitions’ referentialities or a reconstruction of their historical relations. However, this neglects the constellative qualities of exhibitions and the shifts in meaning these bring about, shifts that incorporate not just the exhibits themselves but all of those involved in the curatorial situation. The lecture will explore the implications that such changes can have, not least in terms of their role within critical commentary.

Beatrice von Bismarck is professor of Art History and Visual Culture at the Hochschule für Grafik und Buchkunst Leipzig. From 1989 to 1993 she worked at the Städelsches Kunstinstitut, Frankfurt/Main in the department for the 20th Century. From 1993 to 1999 she worked at the University of Lüneburg, where she was co-founder and director of the “Kunstraum der Universität Lüneburg.” From 2000 to 2012 she was program director of the Galerie der HGB. She is co-founder and head of the /D/O/C/K project division of the HGB. In 2009  she initiated the course “Cultures of the Curatorial.” Her current research areas include curatorial and cultural practices, the effects of globalization, and functions of the postmodern artistic image. Publications (selection): - Interarchive. Archivarische Praktiken und Handlungsräume im zeitgenössischen Kunstfeld, (ed. with Hans Ulrich Obrist, Diethelm Stoller, and Ulf Wuggenig), Cologne 2002; - Cultures of the Curatorial (ed. with J. Schafaff and T. Weski), Berlin 2012; - Timing - On the Temporal Dimension of Exhibiting (ed. with R. Frank, B. Meyer-Krahmer, J. Schafaff, and T. Weski), Berlin 2014; - Hospitality - Hosting Relations in Exhibitions (ed. with B. Meyer-Krahmer), Berlin 2016; - Now - Tomorrow - Flux. An Anthology on the Museum of Contemporary Art (ed. with H. Munder and P. J. Schneemann), Zürich 2017;- Curatorial Things (ed. with B. Meyer-Krahmer), Berlin 2019 (forthcoming); -O(f)f Our Times: The Aftermath of the Ephemeral and Other Curatorial Anachronics, (ed. with R. Frank), Berlin 2019 (forthcoming).